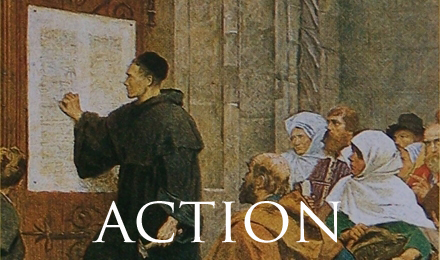 Long story short: tell Kellogg's CEO to treat his workers right, tell our EPA to ban corporate PFAS dumping, tell the Biden Administration to stop all deportations to Haiti, tell our Justice Department to stop Minnesota police form torturing Line 3 protestors, and tell big corporations to stop donating to January 6 coup enablers in Congress. Use the email/petition tools in the following paragraphs to communicate your will.

The Daily Kos Liberation League helps you tell Kellogg CEO Steven Cahillane to treat Kellogg's workers right and give them the contract they deserve. That would be a contract which doesn't mandate 12-hour days seven days a week -- if someone made you work that schedule, you'd go on strike, too. Nabisco and Frito-Lay workers have also gone on strike this year, with varying results, but if we make enough noise in the direction of Kellogg's CEO, their workers will more likely get a better contract out of it. It's not like Kellogg's doesn't have the money, either -- like most big corporations (and, ah, almost no small businesses!), Kellogg has cleaned up during the pandemic; maybe its executives ought to reward the folks most responsible for their success, i.e., their workers?

Penn PIRG helps you tell our Environmental Protection Agency (or EPA) to ban corporate dumping of PFAS chemicals into our air and water. We call PFAS chemicals "forever chemicals" for good reason -- they don't break down and they get into everything, not just our air and water but also our bodies. What happens to them once they get in our bodies? Please refer to the phrase "they don't break down." And scientists link PFAS exposure to cancer, thyroid disease, and liver damage, among other things. Our EPA hasn't yet created any standards for restricting PFAS dumping by big corporations, but they are taking public comments about the matter; now's the time for us to tell our EPA what to do. Remember: if we say nothing, our EPA can ignore us, but if we all speak out, we'll create a paper trail our EPA won't be able to ignore without getting their asses handed to them in court.

The Daily Kos Liberation League helps you tell the Biden Administration to stop deporting Haitian immigrants. You no doubt think of Border Patrol agents in cowboy hats on horseback corralling Haitian refugees with whips when you contemplate this matter; why, even Joe Biden denounced it! Yet he continues the same policies that caused that mess -- namely, the Title 42 policy allowing our President to deport pretty much anyone for pandemic-related reasons, though we all know the real threat to our health has lately come from tantrum-throwers in red states. Jesus Mary and Joseph we were down to 9,000 cases a day in June! And immigrants have been coming the whole time, as Fox News will happily tell you, so it ain't them. Not for nothing, but Haitians have just had a Presidential assassination and an earthquake, so mercy ain't weakness here.

More Perfect Union helps you tell our President to nix the notorious Enbridge Line 3 pipeline, and tell our Justice Department to stop police torture of protestors at the pipeline. You should know it's torture just from the phrase police use to describe what they're doing to protestors -- "pain compliance." What, they thought more syllables would disguise their intent? You know the story with Line 3 -- another oil pipeline run by a corporation with a bad pipeline safety record, which means that pipe will eventually crack and contaminate a water table upon which good Americans depend. "Good Americans" here includes the indigenous folks who put their bodies on the line against the pipeline. Hey, the Lakota sure were right about Dakota Access; why do we fail to listen?

Finally, Common Cause helps you tell big corporations like GM and UPS to stop giving campaign donations to the 147 Congressional Republicans who voted against certifying the 2020 election and thus helped enable the January 6 attempted coup. Remember when big corporations said they were done giving money to politicians like that? That sure didn't last! Corporations act like they have no choice, when having billions of dollars means nothing but choices. And their campaign largesse could have far more dire consequences this time, as the Republicans who retake Congress in 2022 will learn that trying to overthrow a duly-elected government is no impediment to victory! Corporations have a moderate Democrat as President, and Democratic Congressional majorities are too slim to really rock the corporate boat -- but no, that's not enough for them. It's well past enough for me, I tell you what.