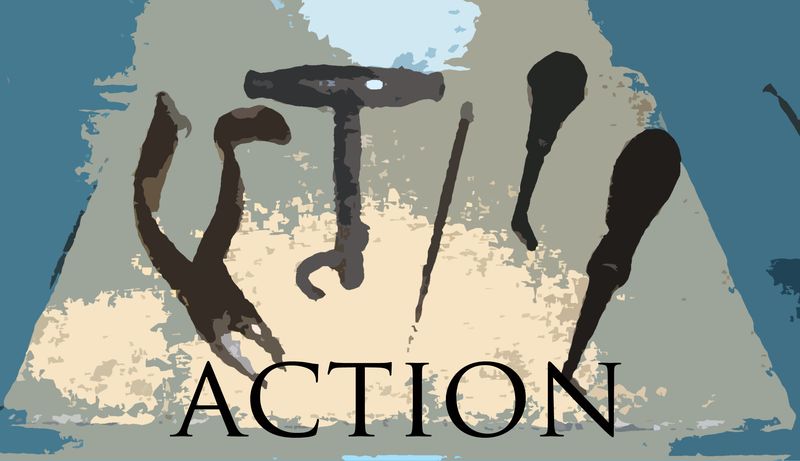 The EPA's been getting a lot of bad press for shutting reporters out of a two-day water contamination summit. Imagine that -- shut the press out of a story and you get bad press! Of course, the EPA also got bad press when reporters discovered earlier this month that the EPA tried to block the release of an HHS study on water contamination, so Food and Water Watch helps you demand that our government release the HHS water contamination study. With all the water contamination stories in the news over the past few years since the state government of Michigan polluted Flint's water supply in order to save money, I bet that study is, in fact, the "public relations nightmare" our government professes to fear. But people who do bad things, or enable people who do bad things, do not deserve protection from bad PR. Too many politicians act like "protection from criticism" is a Constitutional right. It's actually kinda the opposite.

Meanwhile, here's a wonderful idea: Sum of Us helps you tell the Federal Trade Commission (or FTC) to break up the Facebook monopoly on social media. You don't have to believe Facebook is evil (for the record, I do not -- Facebook has done a lot of good in all of our lives) to call for FTC action on this matter: you need only recognize that a) the Cambridge Analytica fiasco thorougly demonstrates that Facebook is out of its depth with regards to protecting good Americans' private data, and b) anything that gets too big needs to be broken up for the common good. Would the internet really break without Facebook's absolute primacy in our lives? No, of course not -- and you don't need to have interacted with other folks on Orkut or Tribe or Nerve to know that, either, not if you've ever used, you know, email. And when one corporation gets too powerful, it can and will run roughshod over small businesses, and over people. So let's fight that.

Finally, if you've missed previous opportunities to tell the Federal Elections Commission (or FEC) to require campaign finance disclosure on internet ads just as they already require campaign finance disclosure on TV and print media, then Demand Progress helps you do that. (If you've already done it, though, don't do it again; that just muddies the data.) You know there are people in this world -- mostly rich people, and some people who want to be rich, and some other people who, for reasons that completely boggle my mind, are quite poor but think rich people are the best people ever -- who will actually tell you that they should be able to keep their campaign financing a secret. Why? They'll say that's because it's free speech, but money is not speech, even if money facilitates the spread of that speech. Some will even say disclosure is bullying! Go ahead and call them snowflakes when they do.