Penny Rants for Sunday, April 23, 2017: politics as sport and drama, and other considerations. 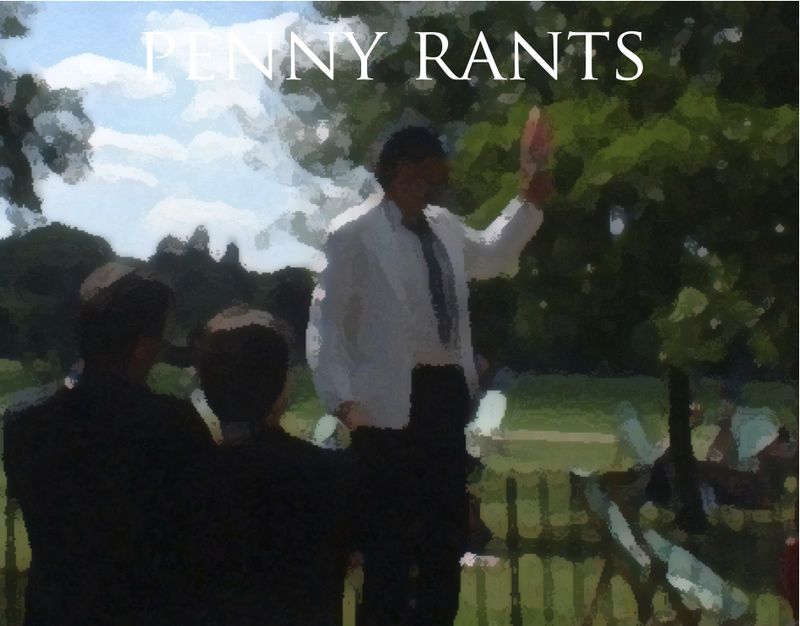 "CNN Treats Politics Like a Sport," says Carlos Maza at Vox, and "That’s Bad for All of Us." You know it's bad when CNN's own president says "(t)he idea that politics is sport is undeniable, and we understood that and approached it that way," as if no one overhearing that could possibly call it evidence of a sick, immoral, and decadent society. Of course, calling politics "sport" is a way of turning good Americans into spectators, though our Constitution demands that we be participants in our democracy. And the accompanying video reminds us that CNN also thinks of politics as "drama" ("drama" being, like a sporting event, something you watch rather than participate in). We then witness (among so many other things!) a CNN punditoid say something ridiculous and then CNN coverage of the fallout over the ridiculous thing he said as if it'd ever be a story in a sane and moral society. This video, which runs a total of 6 minutes, 2 seconds, is a more trenchant slab of media criticism than Outfoxed is, and Outfoxed ran 78 minutes.

OK, I'll admit, Jon Ossoff outperformed my expectations in last Tuesday's special election in Georgia's 6th House District -- his 48% outdid his late polling, so maybe voters (and not just Democrat voters) might actually prefer an obvious milquetoast moderate to a Republican right now. 48% doesn't avoid a runoff, though, and he'll have a tougher time with one opponent than he did with 17. On the other hand, that opponent is former Susan G. Komen Foundation executive (and former Georgia Secretary of State) Karen Handel, who should really be parlaying that résumé into a Senate seat, except she's already tried and failed. Democrats will pound Ms. Handel's involvement in the Komen Foundation's messy divorce from Planned Parenthood, but that won't get Mr. Ossoff over 50. Here's what would: Ms. Handel told supporters to keep Democrats from "steal(ing) a seat"; if Mr. Ossoff has the presence of mind to retort that seat belongs to the good voters of the Georgia 6th, not the Republican Party!, then he might actually pull this off.

So Bernie Sanders lent his star power to Omaha Democratic Mayoral candidate Heath Mello at a rally on Thursday night -- and then we learned that Mr. Mello not only opposes abortion but has advanced anti-abortion legislation while serving in the state legislature. I've long said that the pro-lifer who wants to bring back the 91% tax bracket on millionaire income is more my ally than the pro-choicer who wants "free" trade agreements to outsource our jobs and nullify our laws, but I don't see much evidence that Mr. Mello actually is an economic populist -- even his infrastructure plan reheats the same "public-private partnerships" that Americans rightfully dismiss as corporate welfare. Democrats no doubt see an opportunity in a city Mrs. Clinton won by eight points, but Mr. Sanders is likely the cagier operator here, knowing that most folks will only remember that he went to bat for someone who didn't hew precisely to party orthodoxy. Still, I'd prefer he'd go to bat for an actual anti-abortion economic populist; I know they're out there.

Given all the weirdness involving an aircraft carrier going somewhere other than where the Trump Administration said it was going last week, some observers are floating the notion that maybe Donald Trump is crazy-like-a-fox. Authors Raymond Tanter and Ed Stafford negotiate the "madman approach" with some care; long story short, the "madman approach" might work OK against more rational states, but not against other states that, ah, may be "practicing" their own version of the "madman approach." But you should remember that some of Mr. Bush's supporters said the same thing about his apparent insanity in going into Iraq -- that he was attempting to scare our enemies with his craziness -- and, well, how did that work out? We got ourselves an al-Qaeda presence in Iraq, where it wasn't before, and then out of American internment camps in Iraq we got an ISIS presence all over the Levant, and ISIS is doing its damndest to make al-Qaeda look quaint. So remember: so many folks fancy themselves as tricksters; so few folks are any good at it.