« Action: a higher minimum wage for federal workers, carbon emissions regulations, and net neutrality. | Main | Around the table: Richard Sherman is not a thug, and other obvious observations. » 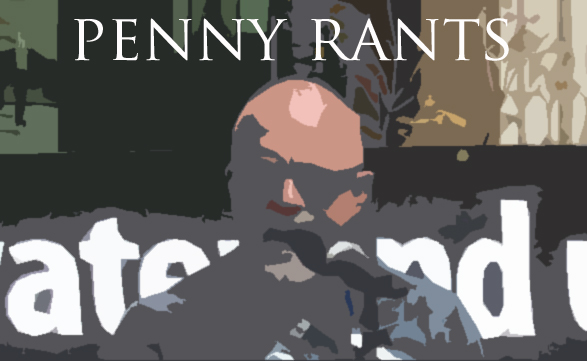 The fight over solar power comes to North Carolina! Did you know solar power is growing faster in North Carolina than in any other state except California? Hell, did you know there was a "fight" over solar power? Well, dig this: big fossil fuel corporations are trying to tell us that solar power users are free riders on the utility system and thus should have to pay exorbitant fees to the utility corporations. No, really -- Duke Energy's North Carolina operations president actually said that if you're producing your own power, and even selling back some of your excess power to utilities, you're not "paying your fair share." What disgusting arrogance! Ask anyone who's put solar panels on their roof whether taking out that five-digit home equity loan in order to do it makes them feel like a "free rider"! No, as usual, utility monopolies like Duke Energy are the "free riders," and if I were inclined toward psychoanalysis, I'd say they were merely projecting their inadequacies on folks who make their own power. (And if you catch that faint fecal smell of ALEC in Duke's proceedings, you're not alone.)

I'm not entirely on board with Tom Nichols's essay "The Death of Expertise." Yes, I've said myself many times that merely having an opinion doesn't mean that opinion's any good or (even) that anyone else needs to hear it, and no reasonable person would disagree that some folks know a great deal more about some things than the rest of us -- my only real areas of expertise being Doctor Who production details up to 1989 and the Billboard Hot 100 singles charts up to 1983, I stand on the shoulders of giants every time I sit at the computer. And I won't lie: "children who should be instructed, not catered to" is more my worldview now than when I was an undergraduate, never mind how long ago that was. But plenty of "experts" also make arguments merely to please their financial backers, and actual experts often don't make enough of an effort to speak to the layman, persuasion perhaps being an entirely different area of "expertise." And though I'm not an expert in journalism, I don't need to be one to see that one big reason we have so few "gatekeepers" anymore is that media organizations fired them so their CEOs could make more money.

Peter Beinart argues in The Atlantic that, with Chris Christie's GW Bridge troubles in New Jersey, Kentucky Senator Rand Paul is the real Republican front-runner for the 2016 Presidential nomination. Mr. Beinart makes some compelling points -- Rand Paul can raise millions of dollars over the internet at the drop of a hat, has organizing advantages in Iowa and New Hampshire, and appeals to the big business wing of the party better than his father (who once told Jon Stewart on The Daily Show that corporatism is evil) ever did. I'd also argue that his "anti-interventionist foreign-policy views" won't hurt his chances, because his anti-interventionism has thus far amounted to zero legislative accomplishments, perhaps by design. But Rand Paul will get into trouble whenever he tries to reconcile his father's teachings with the wacky beliefs of primary voters, and he risks finding himself exiled to Bachmann/Cain/Perry country with a quickness. Remember, also, that Scott Walker can appeal to both elites and primary voters while sounding calm and reasonable.

Finally, Glenn Beck says he "played a role" in "tearing the country apart" during his nearly two-year run on the Fox News Channel. I'd have merely ignored that statement (crocodile tears, what else is new?) if he hadn't gone on and said: "I didn’t realize how really fragile the people were." What man routinely calls people who disagree with him "socialists" and "Communists," tells Democrats they should "shoot" perceived radicals "in the head," suggests that a Muslim Congressman "prove to (him) that you are not working with our enemies," says you should "run" from any religion that says it promotes "social justice" just like his own religion does, tells Katie Couric no one should be mad at the things he does because he's just a "rodeo clown" -- and then says people upset by the sheer aggressiveness of his nonsense are "fragile"? When you sling shit around like that, people aren't "fragile" if they feel some kind of way about the smell and the clean-up. With that, let us never speak of Glenn Beck again.