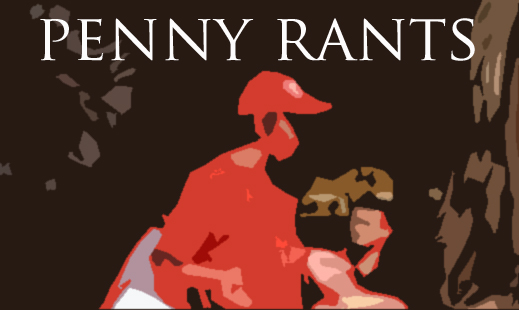 The American Conservative profiles the two gentlemen behind Media Lens, a fairly productive watchdog mainly of Britain's BBC. I often need reminding that the right uses the "humanitarian intervention" to convince the left to go along with various Empire-building schemes, no doubt an easier task a century ago when large swaths of the left embraced eugenics. Another necessary reminder comes in the form of this chilling quotation from a now-political editor at the BBC, in re why he didn't challenge the US/UK rubbish about Iraq's WMDs: "It was my job to report what those in power were doing or thinking." And we heard this a lot from right-wingers during Tha Bush Mobb years, who apparently felt that True Objectivity could only be attained by Stenographers for Power. Please remember to shame anyone who still thinks like that -- or, if you can, send Zombie Ben Franklin and Zombie Peter Zenger over to their house to discuss it with them.

In other news, the North Carolina state legislature's distinctly reactionary agenda has inspired "Moral Monday" demonstrations at the state capitol -- over 50 good North Carolinians arrested yesterday, and over 150 arrested in four Monday demonstrations. Republicans now control both state Houses and the Governor's mansion in a state Mr. Obama actually carried in 2008, and they've proven dutiful servants of the powerful this year; Daily Kos diarist MsSpentyouth catalogues their record of infamy here. Of course the teabagger in paragraphs 20 and 21 of the first link thinks these demonstrations are a bad idea, though I'm not sure exactly why, despite having just read his statement for the fourth time. Could it be because these demonstrators don't wear tricorner hats? Or because they invoke "morality" when he thinks the right owns the word? Or because he's pooping himself with fear that populism might actually thwart the right-wing agenda in North Carolina?

Posted at 10:44 AM in Moral Monday, the "liberal" media | Permalink