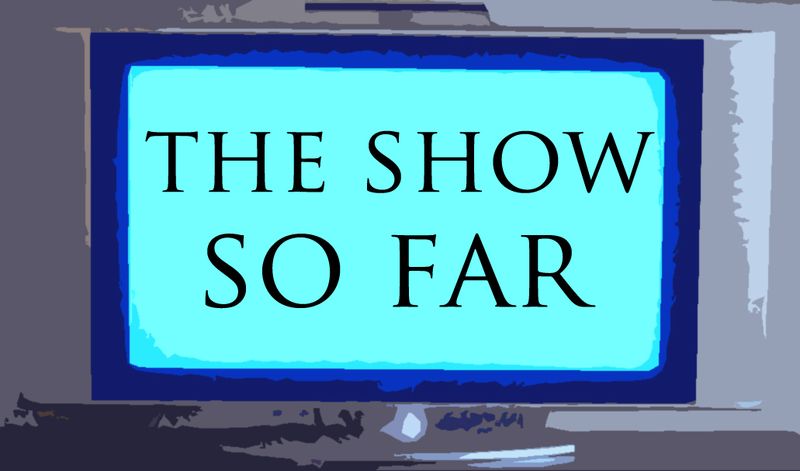 Once again, we catch up on some of the initiatives we've been working on (and, not insignificantly, I get to show off another fresh new graphic for the first time).

As you know, the House rejected the "Back to Work" budget and passed the nefarious Ryan budget, while the Senate rejected the Ryan budget and narrowly passed a budget sponsored by Senate Budget Committee Chair Patty Murray (D-WA). Ms. Murray made the appropriate noises about reconciling the Ryan budget and the Murray budget, which, if I may be so bold, doesn't seem particularly likely -- especially with a lot of Congressfolk "waiting" to see what "happens" on the "Grand Bargain." Mr. Obama, the President of Super Happy Bipartisan Fun Time Land, has said he'll give up Medicare benefit cuts and Social Security benefit cuts in exchange for new tax revenues in a "Grand Bargain" over the deficit -- but a non-binding resolution from Sen. Bernie Sanders (I-VT) got the Senate on record (in a voice vote, without objection) as opposing Social Security benefit cuts using the "chained CPI" formula. (The "chained CPI" formula purports to measure inflation by predicting what products folks will switch to when prices on their preferred products go up. Trouble is that seniors, often on fixed diets and having fixed medical needs, don't have nearly as many of those choices as the rest of us.) The Campaign for America's Future still helps you tell Congress to reject Social Security and Medicare benefit cuts, and Daily Kos helps you tell Congress and the President to reject "chained CPI"-based Social Security benefit cuts.

Meanwhile, the Senate also passed another non-binding resolution (with 62 votes in favor) offered by Sen. Hoeven (R-ND) expressing its opinion that Mr. Obama should allow construction of the Keystone XL pipeline through America's heartland. The State Department still needs to finish its review (a review at least partly written by one of the corporations that would help build the pipeline!), but the Senate vote, though non-binding, puts pressure on Mr. Obama. I always suspected his delay of his decision until this year was an election-year ploy; his nomination of fossil-fuel supporter Ernest Moniz to Steven Chu's old job as Energy Secretary doesn't inspire a lot of hope, either. Of course, good Canadian citizens have begun to organize against tar-sands oil -- the extraction of which requires even more energy to convert to usable oil than traditional oil rigs do -- and that might give Mr. Obama an out. No use just hoping, though, so Greenpeace helps you tell Mr. Obama to reject the Keystone XL pipeline, if you haven't done so already.

Finally, the nefarious "farmers assurance provision" -- which, as we know, doesn't assure very many farmers of very much of anything, but does "assure" big ag that they can continue planting their Frankenseed while the USDA is reviewing it, even if a judge has ordered them to stop planting it -- made it into the most recent continuing appropriations act, which funds our government for the next six months. Mr. Obama signed the bill, and I doubt he lost any sleep over that provision, as he's been carrying water for big ag since becoming President. But in a related development, Washington state residents will vote on a ballot initiative (I-522) this November to force GMO labeling, if supporters can submit enough petition signatures; a similar ballot initiative failed in California in 2012, after the big ag corporations poured millions of dollars into misleading media ads. But Washington state might actually have a better chance of passing one in an off-year, when generally the most passionate voters dominate votes, and those who'd complain that this means the vote will ignore the will of the voters might want to consider that about 9 out of 10 Americans support GMO labeling, making this an actual bipartisan cause, versus the "bipartisanship" our elites normally peddle. More details as they arrive.